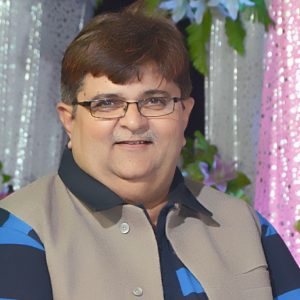 Bhadrayu Vachhrajani to whom Res. Moraribapu praises as ‘a man with the brain and body of Lord Ganapati’ and our renowned thinker Dr. Gunavant Shah as ‘a bright and brilliant educationist’, has left his permanent banking career for less preferred path of Education.  From primary teacher to his early retirement from the highest academic post, his career has been interesting and fulfilling.

Bhadrayu’s interest in biology and higher education earned him the first Doctorate of Sex Education in India.  Since then he has guided twelve domestic and international doctoral scholars.  He has received prestigious Puja Mota award for the Best research paper. After teaching from KG to PG for more than thirty six years, Bhadrayu was professor-director of UGC’s inter-university institute for twelve years.   During his brief tenure as Controller of Examination of Saurashtra University, he led exceptional reforms in education system which were appreciated across the country. As Advisor – Education of Adani Foundation, he has contributed nationally to the field of Education.

Bhadrayu is inspiring orator and prolific writer. He has 25 books to his credit in Gujarati and English. ‘Muthi Unchera 100 Manav Ratno’ is a best selling milestone of 2015. It is collaboratively published by two of the biggest publishers of Gujarati. ‘Amruta – Imroz: A Love Story’ is the Best Book of Penguine Publication which is translated in Gujarat by Bhadrayu. He is a regular columnist of Gujarati newspapers; Divya Bhaskar (Bhaskar Group), Phulchhab and Kuchchh Mitra (Janmabhumi Group). An avid reader and extensive traveller, Dr. Bhadrayu lives and loves his life to the fullest.